Dr. Stuart Smith, Director and Head of the Company’s Technical Committee, states, “The strong alteration and veining encountered at the Macquarie target, over 100 kilometres north of the previously encountered Trangie and Myallmundi targets, is extremely encouraging and provides validation for Inflection’s regional targeting model. Further encouragement has also been returned from follow-up, step-out drilling at Myallmundi, including the highly significant occurrence of a compositionally diverse, potassically altered intrusive complex. Only wide-spaced drilling has been conducted in the three areas identified so far and abundant space remains for any of them to host a porphyry system of significance.”

As part of the Northern NSW first-pass drill program, a total of twenty-seven holes comprised of 5,356 metres of drilling have now been completed, testing ten targets. Seven of these targets are porphyry targets, two are intrusion-associated targets and one a mesothermal vein target. It is highly encouraging to report that six targets have returned significant alteration and minor copper mineralisation which warrant follow up drilling. These targets comprise Macquarie, Trangie, Myallmundi, Boggy, Nine Mile and Mungeribar.

Macquarie drill hole MACDDH001 returned the strongest, most favorable alteration drilled by Inflection to date, and suggests the Company has potentially identified a third porphyry centre. The Company is currently evaluating the results and formulating the follow-up work program which will likely include a series of step-out drill holes which will assist with the positioning of deeper drill holes.

Of particular importance is the intersection of strongly altered porphyritic monzodiorite and monzogranite, in holes MYLDH008 and MYLDH009. These rock types are very similar to those encountered in the intrusive complexes that are critical to formation of Macquarie Arc porphyry districts. In both holes the intrusive rocks are strongly altered with strong selective pervasive secondary biotite alteration and biotite-rich veins.

Local strong copper mineralisation has been encountered north of the Myallmundi target area in one hole drilled to 218 metres where quartz-carbonate-chlorite-titanite-hematite veins in chloritic volcaniclastics host disseminated bornite, chalcopyrite and native copper. The mineralisation is tentatively interpreted as being remobilised; however, may be significant as it could indicate proximity to a primary porphyry source. Follow up drilling is planned for this target.

Two holes totalling 171 and 173 metres were drilled into the Moonagee target. Both holes intercepted similar sequences of hornfelsed metasediments and volcanic tuffs with minor quartz veining. No further work is currently planned on this target.

Three holes totalling 208, 195 and 214 metres were completed on the Meringo target. All three holes intersected unaltered limestone. The limestone may be Silurian or Devonian in age, in which case the inferred Ordovician sequence above the inferred intrusions may not have been tested. The limestone will be dated and if it dates as younger than Ordovician, further deeper drilling will be considered to definitively test the target.

One hole totalling 234 metres intercepted a sequence of basalts with moderate-low temperature propylitic alteration. No further work is planned on this target.

First-pass and initial step-out drilling will continue to focus on the portfolio of targets which are located in an area spanning over approximately 200 kilometres in Northern NSW. First-pass drill holes are planned for the Melmiland and Branglebar targets prior to heading to Trangie to complete a series of initial step-out holes to follow up on TRNDH002 reported in Inflection news release dated October 19, 2020. The step-out drilling should enable the Company to vector towards a potential porphyry centre using the latest alteration and mineral chemistry vector techniques.

The Company expects drilling to continue until mid December and recommence in January 2021.

Inflection is systematically drill testing a series of high priority Au and Cu-Au targets within the interpreted northern extension of the Macquarie Arc, part of the Lachlan Fold Belt in New South Wales. The Company is using cost-effective mud-rotary drilling to cut through the unmineralized post-mineral sedimentary cover. Once basement is reached, the rig transitions to diamond core drilling. It is well documented that mineralized bodies elsewhere in the belt, in particular porphyry and intrusive related systems, have large district-scale alteration and geochemical halos or footprints surrounding them. The Company is completing a series of short diamond drill holes into bedrock rather than just one or two deep and more expensive diamond drill holes. Multiple data points gained from alteration and mineral geochemistry will then be used to vector additional deeper holes. This is a proven exploration strategy in the covered segments of the Macquarie Arc having been directly responsible for the Northparkes and Cowal discoveries.

Core from the recent drilling has been logged, photographed, and dispatched for cutting and sampling. Samples are dispatched to ALS Laboratories in Orange, NSW for multielement analysis and for spectral analysis which will aid alteration mineralogy identification.

The scientific and technical information contained in this news release has been reviewed and approved by Mr. Carl Swensson (FAusIMM), Inflection’s Vice President Exploration, and a “Qualified Person” (“QP”) as defined in National Instrument 43- 101 – Standards of Disclosure for Mineral Projects.

Drilling was conducted by DDH1 Drilling Pty Ltd using a truck-mounted multi-purpose Sandvik drill rig. Mud rotary drilling was utilised to drill through the cover sequence. At the unconformity the drilling method was changed to diamond drilling using NQ – sized core. All materials and core were transported to the Company’s Trangie field office at the end of each shift.

The core was logged in detail at the Company’s base, photographed and marked for cutting and sampling. The core was then transported by the Company’s geologists to Rangott Mineral Exploration Pty Ltd in Orange NSW to a secure environment where the core was cut in half to the Company’s specified sample intervals. The half core samples were placed in numbered calico bags with internationally certified blanks and standards inserted every 20th sample.

Samples were dispatched to ALS Laboratories in Orange NSW by Rangott Exploration Pty Ltd. ALS Laboratories are an accredited analytical laboratory meeting ISO/IEC 17025:2005 and ISO 9001:2015. Samples were prepared by crushing and grinding via ALS methods CRU-21 and PUL-32 respectively. The pulps were then assayed for 48 elements via ALS method ME-MS61 using a 25g sample after a four acid near total digest with an ICP-MS finish. Gold was assayed by fire assay using ALS method Au-AA23 using a 30g sample charge and AAS finish. Laboratory standards and QA-QC are monitored by the Company. Coarse rejects from the sample preparation are subjected to short-wave infrared spectral analysis.

About Inflection Resources Ltd. Inflection is a technically driven gold and copper-gold focused mineral exploration company listed on the Canadian Securities Exchange under the symbol “AUCU” with projects in Eastern Australia. The Company is systematically drill testing a large portfolio of drill-ready projects in New South Wales and in Queensland.

The Company is exploring for large gold and copper-gold deposits in the northern interpreted extension of the Macquarie Arc, part of the Lachlan Fold Belt in New South Wales. The Macquarie Arc is Australia’s premier porphyry gold-copper province being host to Newcrest Mining’s Cadia deposits, the CMOC Northparkes deposits and Evolution Mining’s Cowal deposits plus numerous exploration prospects including Boda, the recent discovery made by Alkane Resources.

On Behalf of the Board of Directors

Forward-Looking Statements: This news release includes certain forward-looking statements and forward-looking information (collectively, “forward-looking statements”) within the meaning of applicable Canadian securities legislation. All statements, other than statements of historical fact, included herein including, without limitation, statements regarding future capital expenditures, anticipated content, commencement, and cost of exploration programs in respect of the Company’s projects and mineral properties, and the anticipated business plans and timing of future activities of the Company, are forward-looking statements. Although the Company believes that such statements are reasonable, it can give no assurance that such expectations will prove to be correct. Often, but not always, forward looking information can be identified by words such as “pro forma”, “plans”, “expects”, “may”, “should”, “budget”, “scheduled”, “estimates”, “forecasts”, “intends”, “anticipates”, “believes”, “potential” or variations of such words including negative variations thereof, and phrases that refer to certain actions, events or results that may, could, would, might or will occur or be taken or achieved. Forward-looking statements involve known and unknown risks, uncertainties and other factors which may cause the actual results, performance or achievements of the Company to differ materially from any future results, performance or achievements expressed or implied by the forward-looking statements. Such risks and other factors include, among others, statements as to the anticipated business plans and timing of future activities of the Company, including the Company’s exploration plans. the proposed expenditures for exploration work thereon, the ability of the Company to obtain sufficient financing to fund its business activities and plans, delays in obtaining governmental and regulatory approvals (including of the Canadian Securities Exchange), permits or financing, changes in laws, regulations and policies affecting mining operations, the Company’s limited operating history, currency fluctuations, title disputes or claims, environmental issues and liabilities, as well as those factors discussed under the heading “Risk Factors” in the Company’s prospectus dated June 12, 2020 and other filings of the Company with the Canadian Securities Authorities, copies of which can be found under the Company’s profile on the SEDAR website at [To enable links contact MENAFN] . 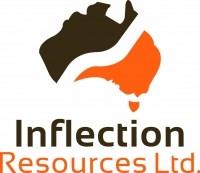 To view the source version of this press release, please visit [To enable links contact MENAFN]