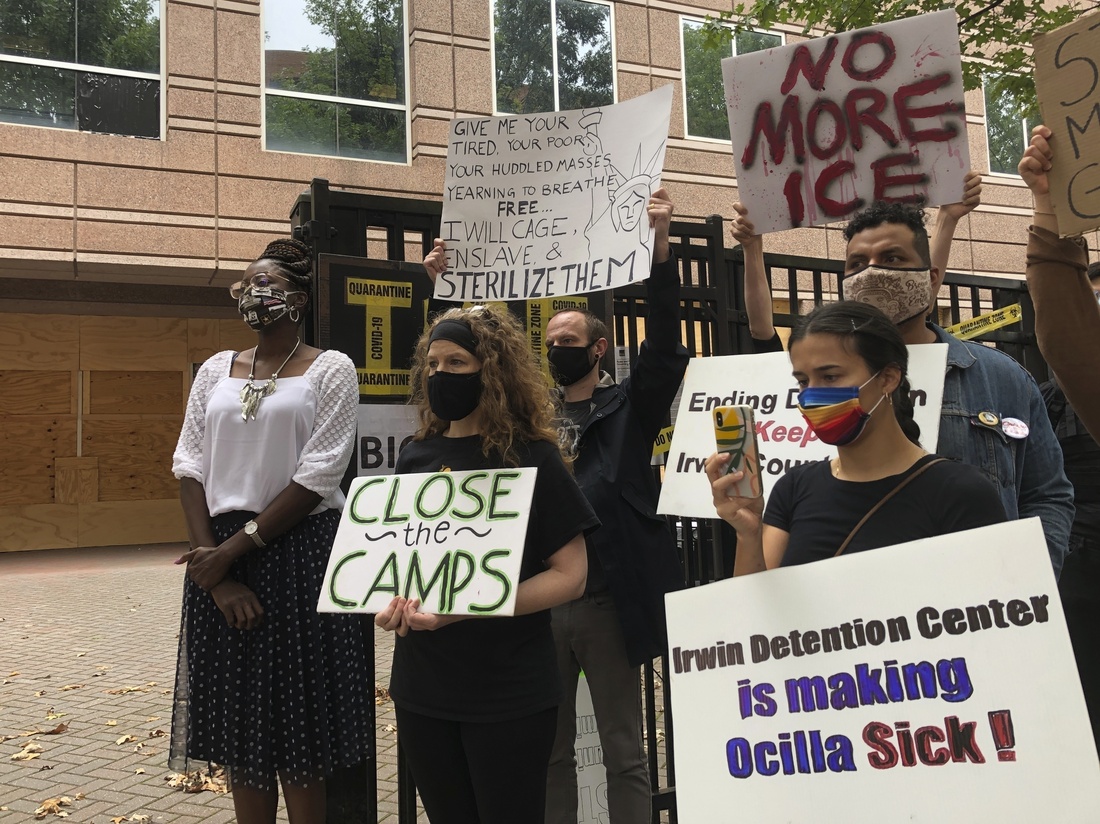 Protesters gather for a news conference in Atlanta earlier this year, shortly after the release of a complaint by whistleblower Dawn Wooten, a nurse at Irwin County Detention Center in Ocilla, Ga. 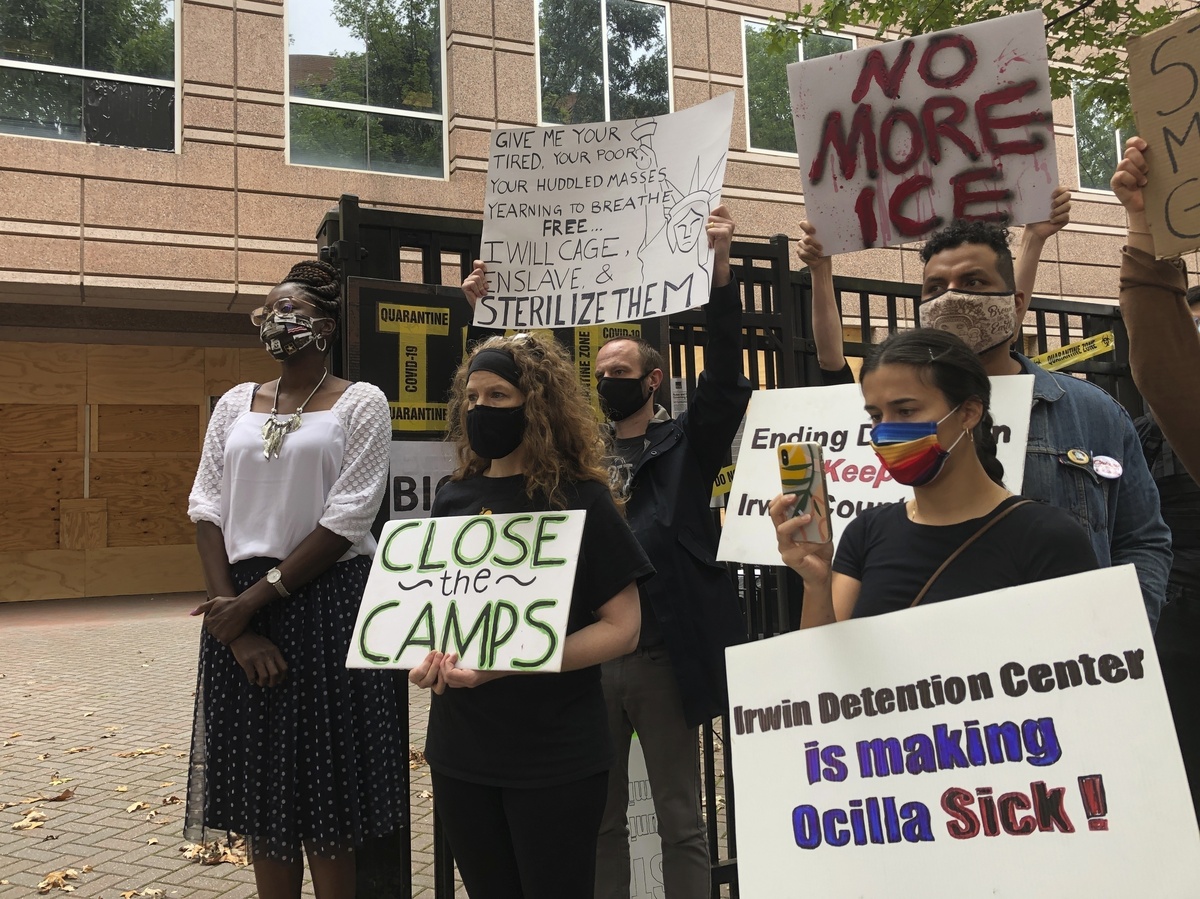 Protesters gather for a news conference in Atlanta earlier this year, shortly after the release of a complaint by whistleblower Dawn Wooten, a nurse at Irwin County Detention Center in Ocilla, Ga.

The U.S. government has agreed to freeze any planned deportations of the immigrant women alleging abuse at a detention facility in Georgia. In a consent motion filed in U.S. District Court Tuesday, authorities and the accusers’ attorneys jointly notified the court that the alleged victims — and others with “substantially similar factual allegations” — will not be removed from the United States.

The consent motion, which remains subject to the approval of U.S. District Judge W. Louis Sands, requests that further court proceedings be scheduled “after the week of Jan. 21, 202[1]” — following the inauguration of President-elect Joe Biden.

The agreement represents a reprieve for the dozens of women who say that they endured unwanted procedures at Irwin County Detention Center in Ocilla, Ga., including hysterectomies or other surgeries that left them sterile. The Immigration and Customs Enforcement facility is privately operated by the for-profit LaSalle Corrections, which has denied the allegations.

“In all, more than 43 women have reportedly alleged that they underwent nonconsensual and/or medically unnecessary gynecological procedures while detained at ICDC,” a group of more than 100 Democratic lawmakers said in a letter earlier this month to the departments of Homeland Security and Justice.

In the letter they noted that, though federal investigations are reportedly underway, “at least six victims of the alleged nonconsensual, unnecessary, and potentially sterilizing gynecological procedures have reportedly been deported.”

Others awaiting conversations with investigators stood in “imminent risk” of deportation, the lawmakers said last week, while still others had narrowly avoided the possibility of removal from the country. As NPR’s Joel Rose reported in September, Cameroonian immigrant Pauline Binam was on the tarmac when her scheduled deportation was averted.

Another woman, Yanira Yesenia Oldaker, said to The Guardian that she was also close to deportation when her attorneys successfully intervened.

“The examination was horrible,” she told the British newspaper, referring to an examination that she says Dr. Mahendra Amin performed on her without her consent earlier this year. “He hurt me mentally and physically. He caused me a lot of pain.”

More than a dozen other women have alleged mistreatment specifically by Amin, a gynecologist, to whom the facility has sent patients. A 27-page whistleblower complaint by a nurse at Irwin described some of these claims in mid-September, along with other allegations of poor medical care and inadequate COVID-19 protections.

Amin, through an attorney, has previously denied the allegations. And in a statement released to news outlets earlier this year, an ICE spokesperson said that “any implication that ICE is attempting to impede the investigation by conducting removals of those being interviewed is completely false.”

The case is 7:20-cv-224 filed in U.S. District Court for the Middle District of Georgia.