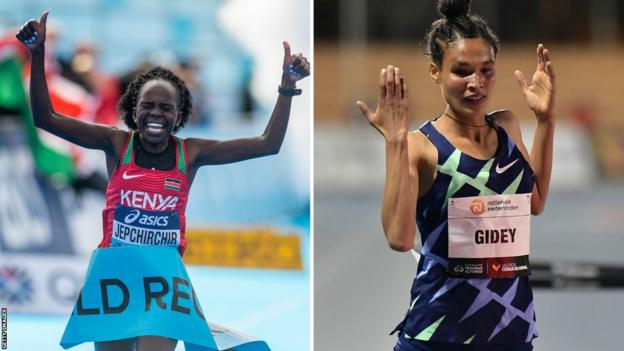 Ethiopia’s Letsenbet Gidey and Kenya’s Peres Jepchirchir have both been named among the final five nominees for the Female Athlete of the Year award for 2020.

The sports’ governing body World Athletics, which was formally known as the IAAF, reduced the nominations from 10 down to five on Tuesday.

Three other African athletes missed out on the final list, with Ethiopia’s Ababel Yeshaneh alongside Kenyan duo Faith Kipyegon and Hellen Obiri having been among the original 10.

The other two failed to make it to the final five were Femke Bol of the Netherlands and Great Britain’s Laura Muir.

The World Athletics Awards 2020 will be staged as a virtual event on 5 December and streamed live on social media.

There was a three-way voting process to determine the finalists.

The Council’s vote counted for 50% of the result, while the Athletics Family’s votes and the public votes each counted for 25% of the final result. Voting for the Male World Athlete of the Year closed on 15 November.